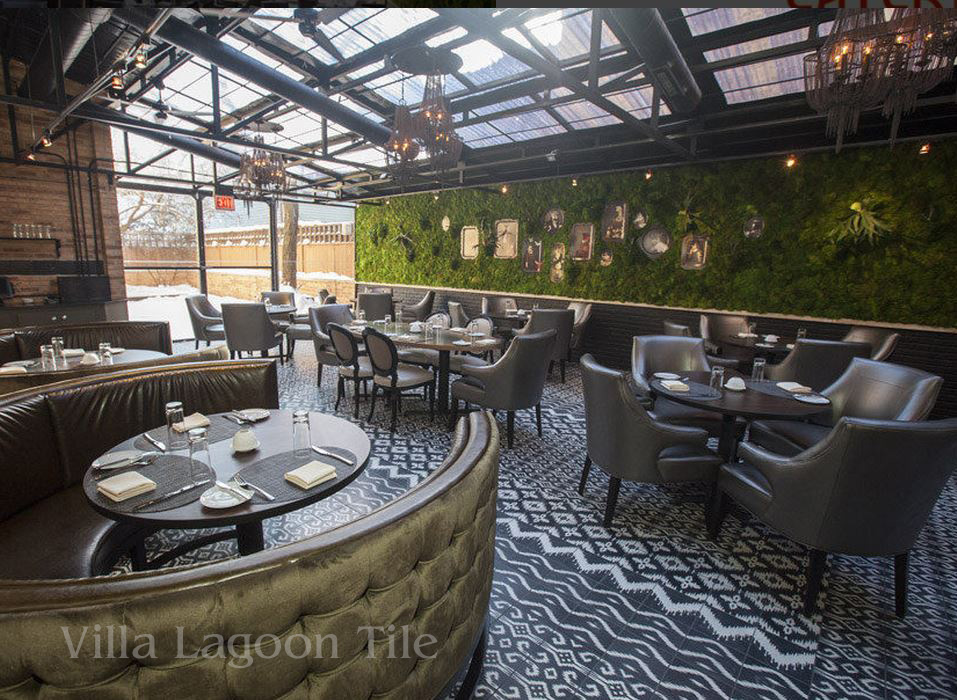 Recently renovated BOKA Restaurant has reopened to an avalanche of praise, including “Restaurant of the Year“, and “Chef of the Year” for new partner and executive chef Lee Wolen. While we read that the food is divine, critics also rave about the new decor, which features fabulous Ikat pattern cement tiles from Villa Lagoon Tile. 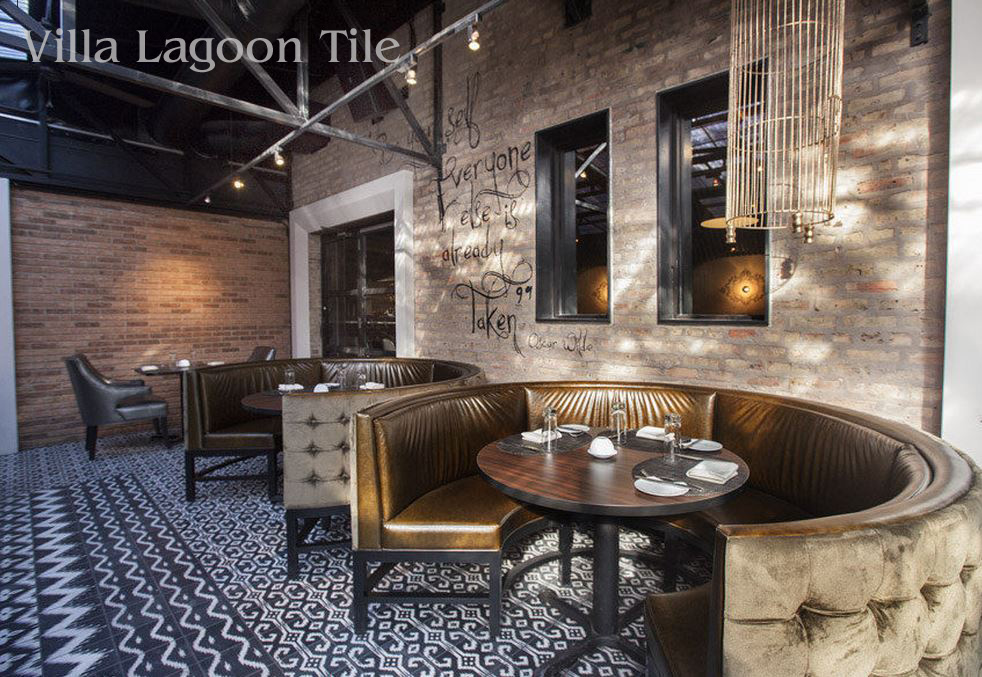 In 10 years, Kevin Boehm and Rob Katz, of Boka Restaurant Group, have gone from being fledgling restaurateurs to being the Chicago restaurateurs everyone wants to work for. The Boka name is derived from the first letters of the restaurateurs’ last names.

The entrance area (below) is covered in our Ikat “D” . 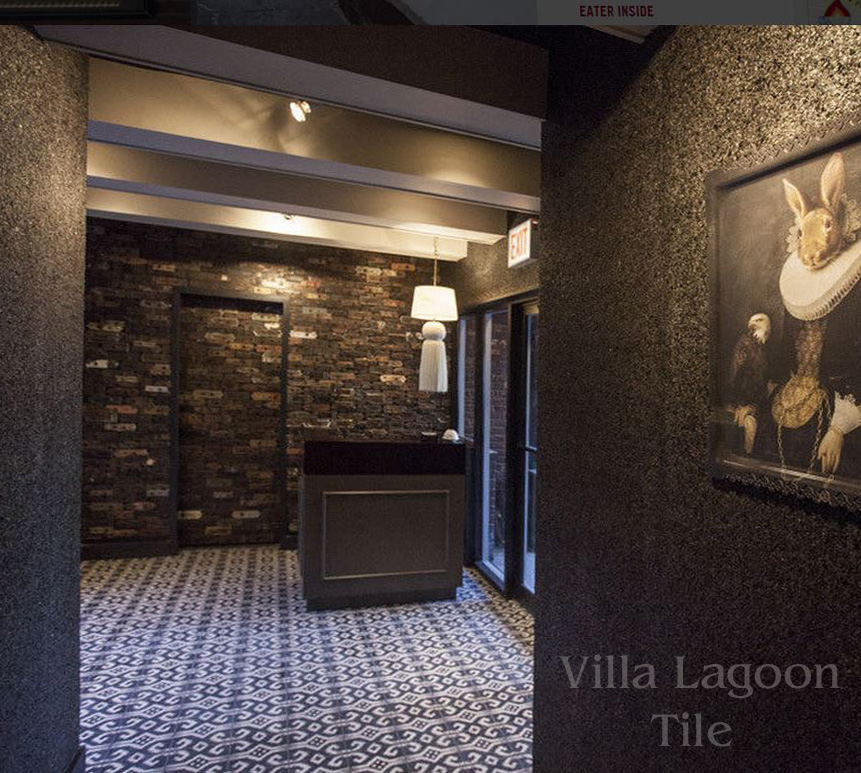 The far wall that looks a bit like bricks is really covered in old door hardware. Look closely. 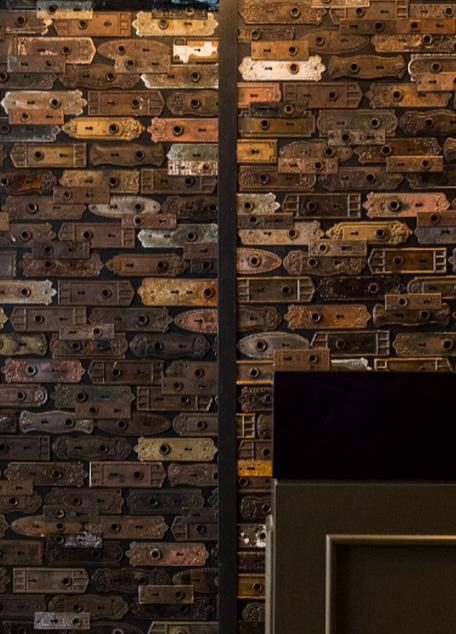